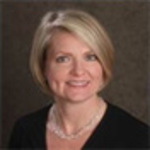 Jennifer Aspaas serves as general and litigation counsel for the firm's condominium and homeowner association clients.  Jennifer assists clients with review, drafting and negotiation of contracts and loan transactions, as well as advice and drafting of declaration amendments and other association corporate documents.  She also advises clients regarding general governance, enforcement matters, and compliance with state and federal law.

In addition, Jennifer defends the interests of association clients in state and federal court litigation, as well as bankruptcy, foreclosure and collection matters.

Jennifer started her legal career as a law clerk for the Honorable Patricia C. Williams, United States Bankruptcy Judge for the Eastern District of Washington.  After completing her clerkship she acted as in-house counsel for the Office of the Chapter 13 Trustee in Spokane, Washington.  Thereafter she moved to Seattle and focused her practice on representing financial institutions, trustees and individuals in bankruptcy and collection related matters.

University of Washington School of Law, LL.M in Taxation (1997)

Consumer Education and Training Services (CENTS), Board Member (2007 to present)