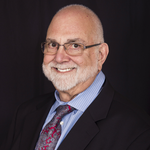 Jim was one of the small group of attorneys who drafted the comprehensive Washington Condominium Act.  He was an active leader in the association industry (Past President of Washington State Chapter of Community Association Institute (WSCAI)) and prolific presenter and author on various issues affecting associations.

Jim also previously represented a number of developers involved in creation and conversion of condominiums, and was responsible for preparing the basic loan documentation package for the first FNMA lender involved in making cooperative share loans in Washington state.  That loan documentation is currently used by the National Cooperative Bank in its share loans in Washington state.

Law Clerk to State of Michigan Court of Appeals (1978)

Who's Who in American Law, beginning 6th edition.

Who's Who in the West, beginning 22nd edition.

Who's Who in Finance and Industry, beginning 26th edition.

CAI National Recruiter of the Year, 1990.

“Increasing Professionalism: A Focus for the 1990's,” CAI Communicator, February, 1990.

“The Use of a Master Association for Enforcement of Owners' Association Covenants and Rules,” Resolving Association Disputes, CAI, Second Edition, 1991.

Developed and donated to Puget Sound Multiple Listing Association a uniform Condominium Resale Certificate for use under the Washington Condominium Act, 1989-1990.

Speaker, The Impact of the Washington Condominium Act on Existing Associations, written materials provided (multiple programs in 1989 and 1990).

Other Local and Bar Association Programs:

Shoreline Arts Council:  Founding Member of the Board of Directors, 1989 to 1993.